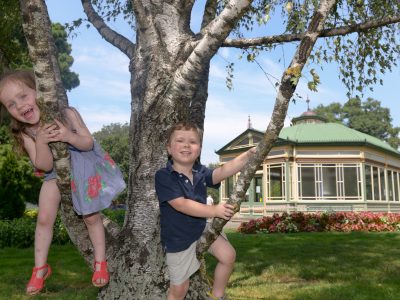 World Heritage is the biggest tourism brand in the world. It’s used successfully to define significant tourism destinations globally. While we know our goldfields are significant, the full tourism and jobs potential of the region is relatively untapped and not widely known.

Thirteen local governments, led by the Cities of Ballarat and Greater Bendigo, have partnered to progress a World Heritage listing of the Central Victorian Goldfields.

This aims to unlock the full potential of the region, bringing economic diversification, jobs, investment and tourism, and raise the socio-economic outlook for cities, towns and local communities. This consortium represents close to half a million people spread over nearly 40,000 square kilometres, 17% of the state.

Parts of the region are thriving, but other parts are among the most socially disadvantaged areas in the state. Experience in other disadvantaged areas shows that World Heritage listing can bring unique opportunities for communities to diversify their local economies and increase liveability.
Local Governments and regional tourism bodies have committed $150,000 over the next two years. Funding of $620,000 from the state is being sought to enable critical work to be commissioned, undertake the community and industry engagement and to bring in expert advice.

The nineteenth century global rush for gold changed the world forever. The Central Victorian Goldfields played a major part in this never-before-seen wave of globalisation and modernisation. The legacy is still very strong – far stronger than in any other part of the world. The region has a huge amount of the most intact and authentic gold rush heritage in the world. Advice from international World Heritage experts is that the Central Victorian Goldfields are ‘exceptional’ and the bid has a very good chance of success.

Properties selected would be the ‘best of the best’ and it is thought that nominated sites could number between 10 and 20. Types of properties that will be considered include publicly owned properties such as Town Halls, Railway Stations or Botanic Gardens and recognised archaeological mining sites on public land. The process of selection will include wide community engagement.