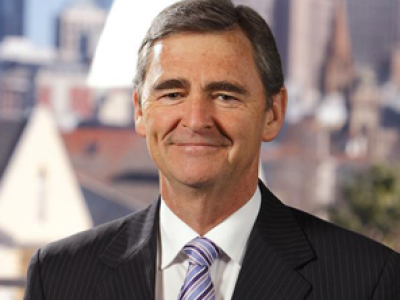 For a period of about 50 years, from the mid-nineteenth century to the turn of the twentieth, the world went mad for gold.  From Colorado to Canada, from South Africa to New Zealand, the tiniest glimpse of the yellow stuff could transform any rural backwater into a raging new metropolis as prospectors descended from every corner of the globe, each hoping to strike it rich.  In just fifty years more gold was mined across the planet than in the previous three thousand years combined.  But the most profound, long-lasting and transformative gold rush of the nineteenth century happened about 120 kilometres north-west of Melbourne, in what is now known as the Central Victorian Goldfields.

I am very proud to be a patron of the massive effort that is currently underway to have the Goldfields declared a UNESCO World Heritage Site. It’s a project I’ve been passionate about ever since I was the Federal Member for Bendigo more than 30 years ago. My co-patron is former Victorian Premier Denis Napthine, and the project is being led by those two traditionally rivalrous regional cities, Ballarat and Greater Bendigo. Eleven other regional councils have also jumped on board. What brings us all together is our fierce pride in the Goldfields region, and our determination to see it recognised for its unique historical, economic, social, cultural and technological significance—not just for Victoria, not just for Australia, but for the whole world. A key strength of the bid is that gold mining and prospecting is still continuing in the region—and will continue if the World Heritage bid is successful. In fact, this adds a richness and depth to the bid that increases its likelihood of success. There are at least three reasons why World Heritage listing is important:

First, it will be a fitting recognition for an area that carries in its landscape the memory of a turning point in world history: a time when 40 per cent of the world’s gold came from Victoria. That gold financed the ongoing rush of globalisation, as trade spread throughout the world and new industries arose. And gold transformed the local area too. New towns emerged right across north-western Victoria—and these were designed according to the latest architectural principles, with wide streets and new courthouses, town halls, prisons and schools. Railways were built to handle the growing demand for transport, connecting Melbourne to Maryborough, Castlemaine, Ballarat and beyond.

New technologies allowed mining of a kind never seen before: no longer limited to shallow alluvial deposits, miners could take advantage of new ‘deep-sinking’ equipment in what became the greatest concentration of the deepest mine shafts anywhere in the world.

Another unique feature of Victoria’s gold rush is that it was predominantly comprised of immigrants. More than 350,000 people came to try their luck from Great Britain and Ireland, China, the United States and Europe—and 80 per cent of them decided to stay. This meant the new colony was able to double its population between 1860 and 1900. Immigrants brought new ideas about how free men and women should be governed, and following agitations and uprisings such as that at the Eureka Stockade, the shape of our democracy was changed forever.

Also changed forever were the lives of local Indigenous people in a region that covered the lands of the Barengi Gadjin (that is, the Wotjobaluk, Jaadwa, Jadawadjali, Wergaia and Jupagulk peoples), Dja Dja Wurrung, Eastern Maar, Taungurung, Wadawurrung, Wurundjeri and Yorta Yorta peoples. It’s worth noting that World Heritage recognition is not about covering up the past: on the contrary, it’s an opportunity to properly recognise the stories, struggles and ongoing contributions of First Peoples across a large swathe of what we now call Victoria. It’s also a chance to reflect on the planet-wide environmental costs of the Industrial Revolution, seen in gold-era Victoria in the destruction of lands and the pollution of waterways.

The second reason World Heritage status is important is tourism. Just as people flocked from across the world to participate in the gold rush, so people will come once again to see the places where it happened. UNESCO World Heritage listing is one of the strongest tourism brands that a region can have. We can look to examples overseas: 15 years ago, the towns of Cornwall and West Devon in the United Kingdom achieved World Heritage recognition of a number of former tin mining sites in their region. Since then more than $175 million has been invested to support the local tourist trade. Many tourists make a point of visiting World Heritage sites wherever they go around the world, and many more will make a special trip to Victoria to see the rich repository of historical and environmental treasures the Goldfields has to offer.

Which brings me to the third reason we hope to achieve World Heritage recognition. I believe the benefit to regional communities—from Ballarat and Greater Bendigo to Ararat, Campaspe, Central Goldfields, Golden Plains, Hepburn, Loddon, Macedon Ranges, Moorabool, Mount Alexander, Northern Grampians and Pyrenees—will be immense. This is an area that makes up almost 20 per cent of our state and supports a population of around half a million people. Gold-related activity occurred in many other parts of the state as well, from Beechworth to Gippsland. Many of these areas are struggling, particularly in the wake of COVID-19. In fact, some parts of the north-west region were already among the most socially and economically disadvantaged in Australia. World Heritage recognition will bring investment and with it, jobs. It will bring improvement to amenities and the regeneration of local environments. In short it will help make the Goldfields, already a fantastic place to live, even better.

In order to achieve World Heritage status, we have to show that the Central Victorian Goldfields are of what UNESCO calls Outstanding Universal Value. I have no doubt that they are, but I’m a proud long-term resident. Our bid team, with the help of Indigenous specialists, historians and archeologists from local and international universities, now has to prove it. I would encourage all residents to get involved, keep informed and—when restrictions permit—get out and appreciate our own rich heritage in the sites and monuments of the Central Victorian Goldfields.

The Hon. John Brumby AO is a former Premier of Victoria and co-patron of the Central Victorian Goldfields UNESCO World Heritage bid.