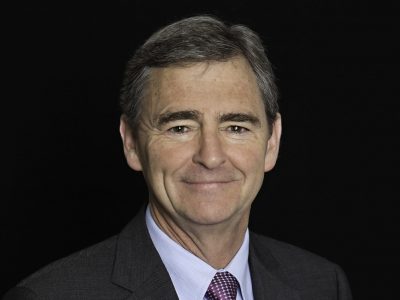 I am very proud to be a patron of the bid to have the Goldfields declared a UNESCO World Heritage Site.  As a former State Premier—and before that, as Member of the Federal Parliament for Bendigo—I’ve been passionate about securing World Heritage status for the Goldfields for more than 30 years.  Growing up in the region I have long been aware of our fascinating past: of a time when 40 per cent of the world’s gold came from Victoria in what was the world’s most profound, long-lasting and transformative nineteenth-century gold rush.

It’s time to have that heritage recognised globally.

The case is strong.  The Goldfields region has a rich industrial, social, multicultural, political and scientific story to tell.  The gold rush transformed the area.  New towns were designed according to the latest architectural principles, with wide streets and new courthouses, town halls, prisons and schools.  Railways were built to handle the growing demand for transport.  New technologies allowed new kinds of mining.  More than 350,000 people came to try their luck from Great Britain and Ireland, China, the United States and Europe—and 80 per cent of them decided to stay.  The new colony doubled its population between 1860 and 1900.  And our democracy was changed forever following the uprising at the Eureka Stockade.

The World Heritage bid is also an opportunity to recognise the stories, struggles and achievements of local Indigenous peoples from across the lands of the Barengi Gadjin (the Wotjobaluk, Jaadwa, Jadawadjali, Wergaia and Jupagulk peoples), Dja Dja Wurrung, Eastern Maar, Taungurung, Wadawurrung, Wurundjeri and Yorta Yorta peoples.  And a key strength of the bid is that gold mining and prospecting is still continuing in the region.  This adds a richness and depth to the bid that increases its likelihood of success.

Since leaving politics I have chaired a number of for-profit and not-for-profit boards.  I’m very aware of the need to increase economic activity in Victoria, particularly in the regions and particularly as we recover from the economic hit from COVID-19.  UNESCO World Heritage listing is one of the strongest tourism brands a region can have.  15 years ago, the towns of Cornwall and West Devon in the United Kingdom achieved World Heritage recognition of a number of former tin mining sites in their region.  Since then more than $175 million has been invested to support the local tourist trade.  Many tourists make a point of visiting World Heritage sites wherever they go around the world, and many more will make a special trip to Victoria to see the rich repository of historical and environmental treasures the Goldfields has to offer.  As Chancellor of La Trobe University, which has a campus in Bendigo, I believe World Heritage listing will increase interest in the state, and encourage international students out into the regions.

Finally, World Heritage recognition will bring investment and with it, jobs.  It will bring improvement to amenities and the regeneration of local environments.  It will help make the Goldfields, already a fantastic place to live, even better.

I’m proud to be joining with my co-patron, former Victorian Premier Denis Napthine, and with 13 regional councils to support our bid team who, with the help of Indigenous specialists, historians and archaeologists from local and international universities, will make the case for World Heritage status for the Central Victorian Goldfields.  I would encourage all residents to stay informed and get involved.

The Hon John Brumby served for more than 10 years as Treasurer and then Premier of Victoria, six years as Leader of the Victorian Opposition and seven years as Federal MHR for Bendigo during the period of the Hawke Government.  Since retiring from politics, Mr Brumby has accepted a number of appointments in both the business and not-for-profit sectors, including Chair of the Motor Trades Association of Australia (MTAA) Superannuation Fund, Chair of Citywide Service Solutions Pty Ltd, Chair of BioCurate Pty Ltd, Chairperson of the Melbourne Convention and Exhibition Trust and Chair of the Fred Hollows Foundation.