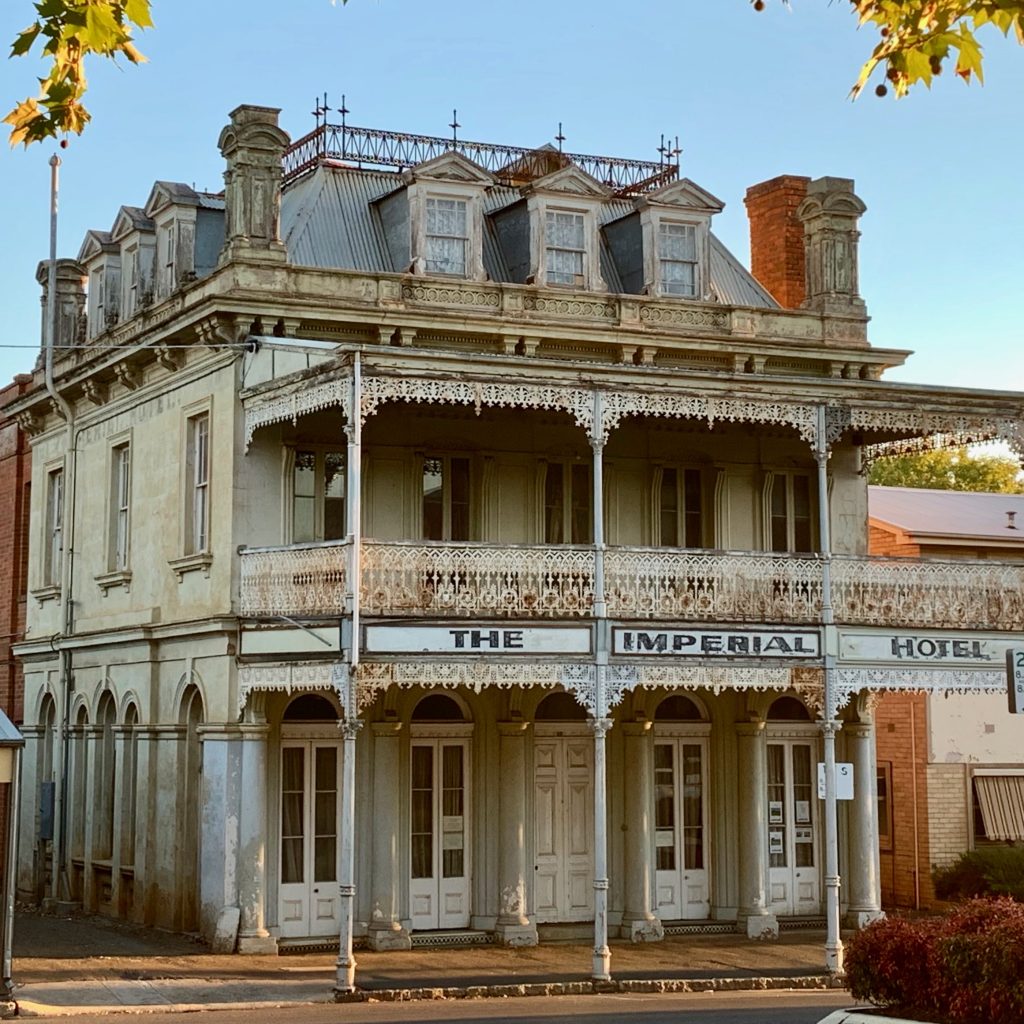 The Shire is defined by four distinct geological land types which have profoundly influenced the activities and successful land uses that have occurred in each area. The discovery of gold in the predominant sedimentary land type prompted a great rush during the 1850s, while the granitic land type has been used for fruit growing and quarrying, and the basalt and alluvium land types have attracted agriculture.

The impact of gold mining processes have left an indelible stamp on the appearance of the landscape. The development of the gold industry led to extensive clearing of the Box-Ironbark forests, which are today characterised by coppiced regrowth.

While the intense mining activity reduced biodiversity, it has created a fascinating cultural landscape, particularly in the central part of the Shire. The Shire’s landscape defines a sense of place and natural landmarks, such as Mount Alexander, are appreciated by the Shire’s inhabitants.

Like other parts of the country, the Shire periodically experiences environmental threats, with an unusual propensity for cyclonic storms. The erratic rainfall and the voracious need for water for mining and the associated population necessitated the establishment of extensive water storage and supply systems during the 19th century. 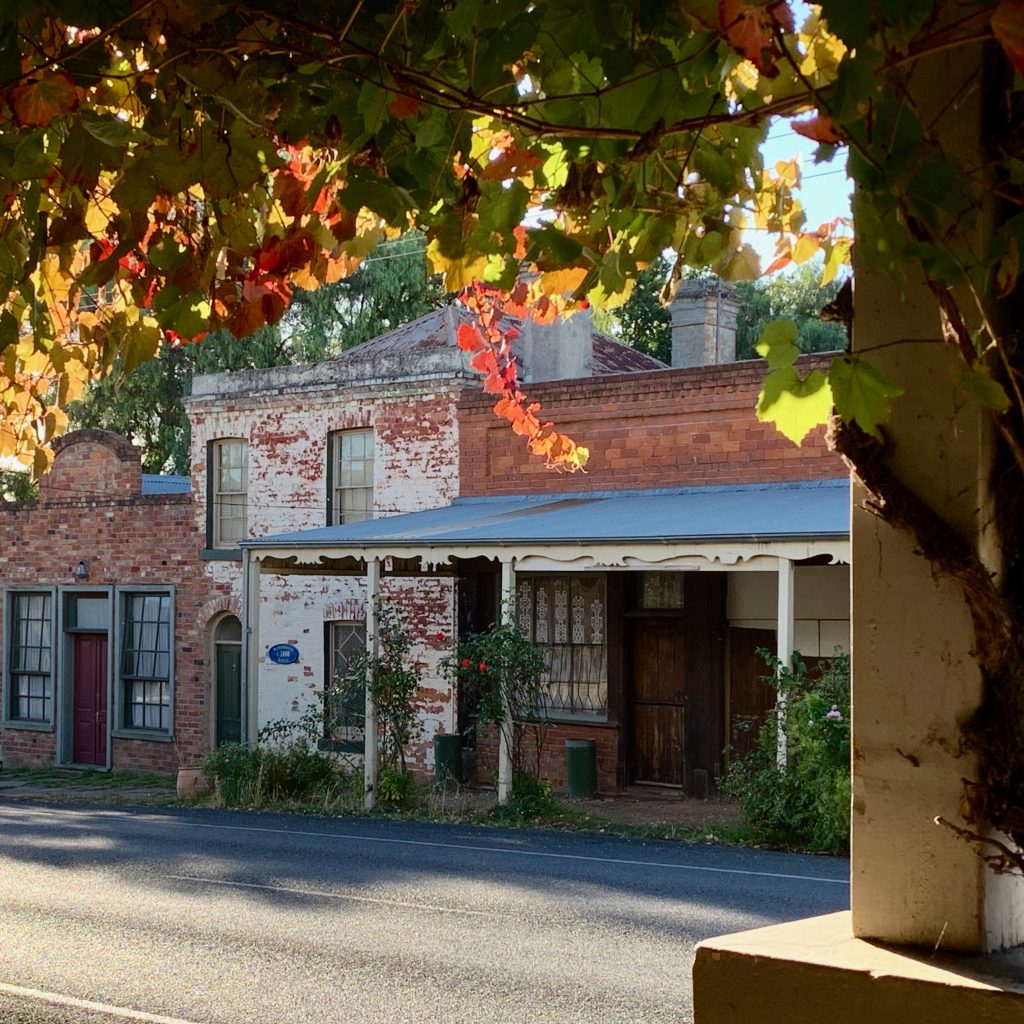 The first Europeans known to have travelled through the Shire were those in the exploration party of Major Thomas Livingstone Mitchell. This was part of Mitchell’s third expedition, which left Bathurst in March 1836 to explore south of the Murray River. Mitchell famously named the rich pasture land in what is now central and western Victoria as ‘Australia Felix’ – Fortunate/Happy Australia.

In 1836, the same year of Major Mitchell’s exploration, the Government legalised the taking up of land to graze stock beyond the ‘limits of location’. Overlanding parties, beginning with Joseph Hawdon’s, followed the wheel tracks of Major Mitchell’s route, prior to the latter’s return to Sydney.

Major Mitchell’s description of the Port Phillip District was received with enthusiasm by pastoralists around Sydney who began arriving in a steady stream bringing sheep and taking up land (squatting), in part to escape drought. Squatters began to settle in the Mount Alexander area from 1838. The land was quickly divided into a number of large pastoral leases or runs (of at least 10,000 acres) with sheep for wool production initially being the primary farming activity.

The September 1851 publication of the discovery of gold at Specimen Gully prompted an immediate rush to the area, initially attracting those already in Victoria and other parts of Australia. The news of the rich Mount Alexander discoveries reached England in May 1852, and subsequently throughout Europe, China and America, attracting large numbers of hopeful immigrants. In all, approximately 584,000 persons26 immigrated to Victoria during the period July 1851 to December 1861, causing the rapid expansion of Victoria’s population which grew from 77,000 in 1851 to 237,000 in 1854 and 411,000 in 1857.27 Most of the townships in the Shire were established during this period.

The gold-related migration that occurred during the 1850s in Victoria led to profound social and cultural change for central Victoria. The goldfields were multi-cultural places, with a diversity of language, traditions and religious faiths.

“The gold-related migration that occurred during the 1850s in Victoria led to profound social and cultural change for central Victoria. ”

Immigrants often grouped with their compatriots, living in clusters and working together. Many migrants brought with them skills other than in mining, finding opportunities particularly as towns began to be established. Differences in experience impacted on the way migrants were able to take up economic opportunities, for instance many of the Cornish and Welsh came from a mining background whereas the Irish tended to be farmers.

Today, the legacy of migration remains apparent in many aspects of the Shire such as industry (e.g. stonemasonry), the built environment, engineering works, food manufacture, distinct sections in some cemeteries (e.g. Chinese), and many place names (e.g. Italian Hill, Welshman’s Reef, Irishtown).

The Mount Alexander goldfield was one of the world’s richest, attracting international attention. While the gold rushes were initially focussed on the gold that could be easily picked up or washed from streams and the spoil of simple shafts, the industry quickly moved on to more industrially intensive forms of mining. However, the area now covered by the Castlemaine Diggings National Heritage Park is probably the best showpiece of alluvial mining and is an evocative display of the different layers of the use of the land from that of the Aboriginal people, through the impacts of various mining eras.