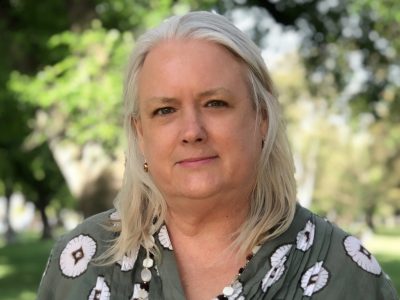 Kristal Buckley AM is a Lecturer in Cultural Heritage at Deakin University (Melbourne, Australia). She is an experienced cultural heritage practitioner, and holds professional qualifications in the disciplines of anthropology, archaeology and public policy. Before joining Deakin University, she worked in government, consulting and in the community sector. Her work has a focus on evolving forms of international cultural heritage practice, including the separated but entangled processes for cultural and natural heritage. Her interests particularly focus on Australia and the Asia-Pacific region. She is a member of the Board of the Port Arthur Historic Site Management Authority, which manages three World Heritage sites in Tasmania that have been recognised for their associations with the convict histories of Australia; and is a member of the Advisory Committee for the Kingston and Arthurs Vale Historic Area on Norfolk Island.

In November 2014, Kristal Buckley completed a 9-year term as international Vice-President of ICOMOS and was made an Honorary (International) Member of ICOMOS. She represented ICOMOS at the annual sessions of the World Heritage Committee 2007-2014, and is currently an ICOMOS World Heritage Advisor for the evaluation and conservation of cultural heritage through the implementation of the UNESCO World Heritage Convention. She is an expert member of the ICOMOS International Committee for Intangible Heritage; and was President of Australia ICOMOS (2002-2005). She served a 9-year term as a full member of the Heritage Council of Victoria (2001-2010), and chaired its Registrations Committee. She was appointed a Member of the Order of Australia in 2013 for significant service to conservation and the environment, particularly in the area of cultural heritage, and to education.