In March 1950, veteran prospector Bert Smith dug a hole in Wilson street, Wedderburn, and found a gold nugget. It turned out to be worth £1,100. Bert’s sentiments: ‘hope there’s more’ were shared by many people and his find sparked a frantic gold rush where the town’s backyards, roads and gardens were torn up in search for gold. [1] 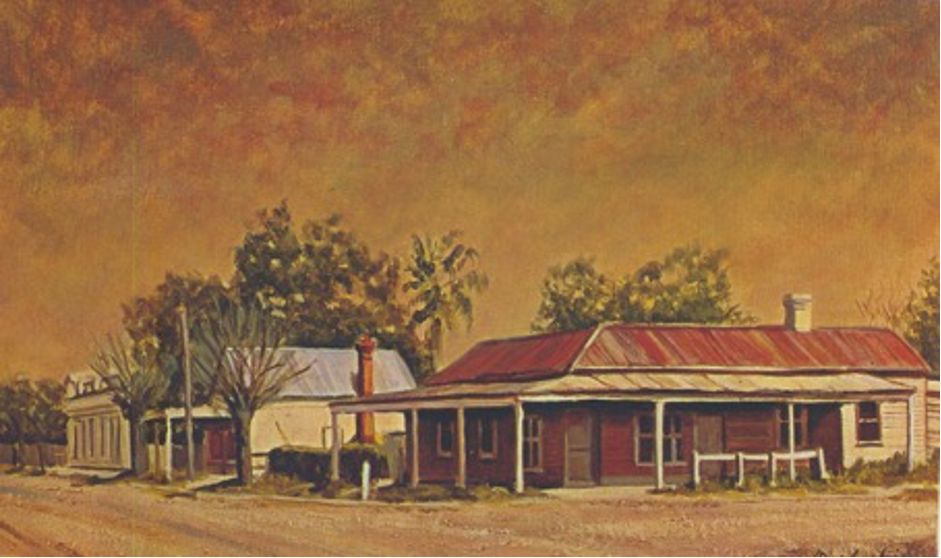 Bert’s find uncovered more than a lone lump of gold: it revealed that Wedderburn resident Dave Butterick had been mining in his backyard for the past three years and had found a lot of gold. Three nuggets were spectacular: Golden Retriever was found on 11 March 1950 and valued at £1,3000. Wedderburn Dog was found the following day and Golden Wedge, a 7-ounce nugget, was found on 29 March 1950. In April 1950, over 8,000 people came to Wedderburn to see them all on display.[2]

There is still gold in and around Wedderburn.

Some people believe there is a reef under the town itself and several times in recent decades the streets have been dug up in search of it.[3]
The Canberra Times, 20 March 1983.

In 1980, schoolboys Russell Fazzani, Jim Hard and Adam Turner decided to try their luck prospecting at Beggary Hill. It was not long before their metal detector buzzed with the discovery of what turned out to be an 85-ounce gold nugget.[4] This, the Beggary Lump, was insured for $150,000 and is one of a string of nuggets from Wedderburn.[5]Who’s to say more won’t be found?