‘The natural garden of Victoria’

Avoca residents have always been keen gardeners. During the 1860s and 1870s, people started to settle in goldfields towns like Avoca where they could cultivate plots of land.[1] The region was blessed with fertile soils – in 1866 and 1867, nearby town Crowlands had five acres of gardens and Natte Yallock seven, while Avoca boasted over 29 acres of gardens:[2]

‘There is no more fertile land in Victoria than in the Avoca district, with its fine river of the same name, and the numerous rivulets and brooks running down from the flanks of the Pyrenees to water it. Several squatting stations are distributed throughout, most of them with gardens, abounding in the finest and most luscious fruits of Australia… So far as I have seen, I cannot help regarding it as the natural garden of Victoria.’[3]
William Kelly, 1859 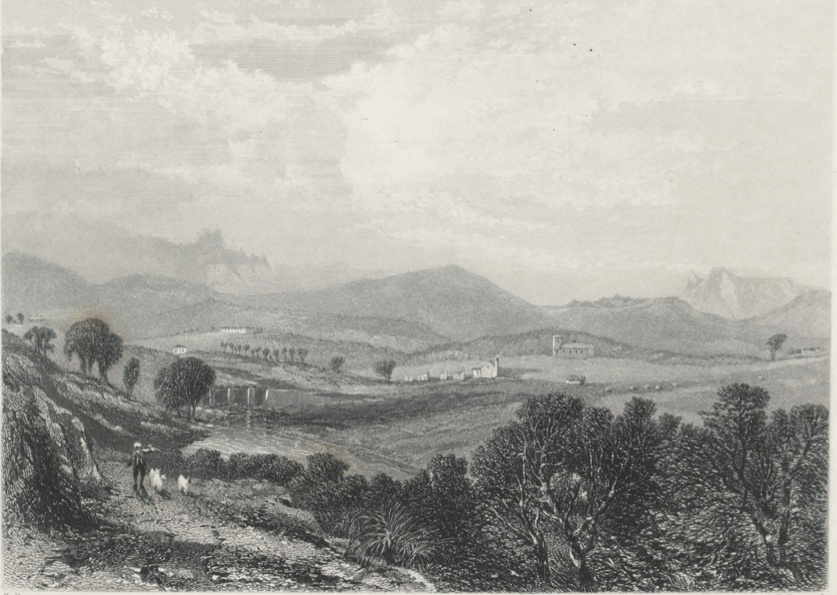 Gardening was no mere hobby. It fed the family and whatever was left over could be sold at local markets. Fruit trees, grape vines and vegetable plots were planted wherever space allowed:[4]

‘… the fine quality of the fruit – peaches especially – and the extraordinary size and symmetry of the apples, one from Mr Potters garden weighing20 ½ oz., and the flavour and clean growth of the smaller sorts, were matters of wondering comment.’[5]

Avoca’s Fruit and Flower Show was a fixture during and after the gold rush. Neighbours gathered together to display, judge and eat the best produce of their labours. At the 1867 show, Mr Mackereth proudly displayed a gigantic apple he had grown. This behemoth weighed 20 1/2 oz. (about 368.5 grams), roughly twice the size of a normal apple.[6]Despite the choice prizewinning fruit and the other vegetables on display, however, the absence of a rose competition was keenly felt:

‘There were very many visitors throughout the afternoon, including a number of ladies, and all seemed remarkably well pleased with the exhibition, the absence of the roses notwithstanding’.[7]