Macedon Ranges is located on the Country of the Dja Dja Wurrung, Taungurung and Wurundjeri Woi Wurrung Peoples. The Wurundjeri, Dja Dja Wurrung and Taungurung lived in clearly demarcated territories defined by tribal language, and bounded by geographical features such as mountain ridges, creeks or rivers.

These three communities, along with the Wathaurung and Boonerwrung, make up the federation of the Kulin Nation. Each community in the Kulin Nation is distinct and is made up of smaller land-owning communities (or clans) but they all share a defining social moiety (totem) either Bundjil, the eagle, or Waa, the crow. An individual’s moiety traditionally dictated behaviour, social relationships and marriage partners. 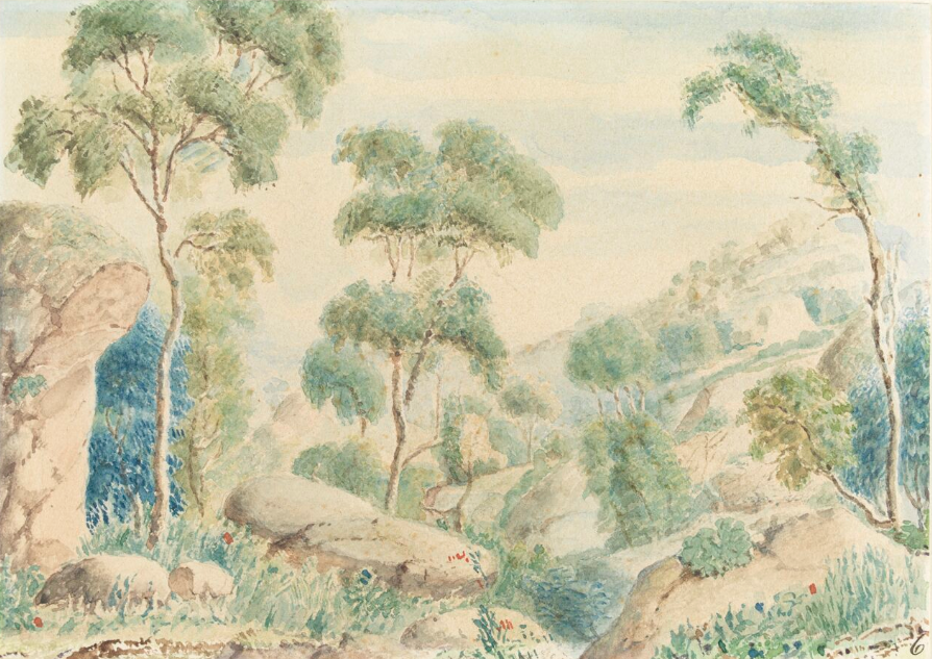 The Wurundjeri peoples (also known as the ‘Woiwurrung’) lived on the lands in and around the Yarra River and Maribyrnong watershed, which extended northwards to include the Macedon Ranges and the current towns of Gisborne, Hesket, Lancefield, Macedon, Riddells Creek and Romsey.

The Dja Dja Wurrung peoples (also known as the Djaara Djaara people) covered a very large area of central Victoria, including land around the present towns of Woodend and Malmsbury and the west side of the Campaspe River around Carlsruhe and Kyneton.

Taungurung peoples lived on lands that include the townships of Kyneton and Carlsruhe on the east side of the Campaspe River, and range through to Rushworth and Euroa in the north, extending east to Mt Buller.

Wurundjeri, Dja Dja Wurrung and Taungurung communities continue to be active today, working to manage and care for Country and develop strong and resilient communities.

The broad character of the Macedon Ranges area today is mainly derived from agricultural and pastoral activities, from transport and from the townships. The transport corridors are the basic dividing elements within the Shire and the townships are built around the key stopping points through the municipality. 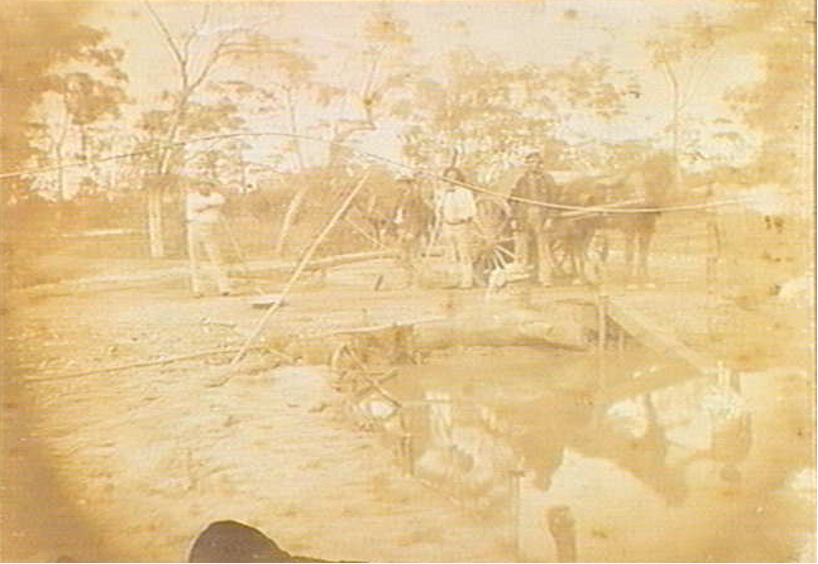 Perhaps the greatest impact of the gold rushes on the Shire was that of diggers travelling through on their way to the diggings of Mt Alexander and Sandhurst (Bendigo). The section of the Mt Alexander Road between Macedon and Woodend had a particularly bad reputation for the activities of bush rangers.

The construction of the railway through the Shire was a major infrastructure development for the new colony and occurred in the wake of the gold rushes. The Victorian Government had determined to build a railway to the inland goldfields. The first section from Melbourne to Sunbury was opened in 1859 and by 1861 there was a connection to Woodend. This included outstanding engineering works such as the arched basalt bridge at Riddell’s Creek. By 1862 the line had reached Kyneton.

The first small towns in the area sprung up in response to the needs of travellers along the goldfields roads. The railway cemented their identities as transit points. At Gisborne the railway resulted in a new town, New Gisborne, built around the railway station, itself in that position because the design engineers didn’t want the train to descend into and out of the valley that Gisborne was established in 1861.

“Perhaps the greatest impact of the gold rushes on the Shire was that of diggers travelling through on their way to the diggings. ”

The town of Kyneton began as a service centre for the surrounding pastoral lands with the first sales of Crown land occurring in May 1850. Kyneton grew from a rural village with the discovery of gold at Mt Alexander. It was conveniently located on the road to the diggings and even after the Mt Alexander alluvial gold petered out it was still a convenient stopping point on the way to the deep lead mines of Bendigo.

There was mining around Kyneton, particularly along the Coliban River. This was short lived and the supporting industry of the district returned to farming enterprises.

This burst of gold fever to the north held the town of Kyneton in good stead, so that by 1861 it was able to boast any number of solid stone buildings, including a remarkable collection of churches, banks, court house and Mechanics Institute. These remain today as evidence of the important role of Kyneton.

Smaller towns such as Carlsruhe, Malmsbury, Lauriston, Spring Hill and Trentham had their own identities. The latter did see a period of gold mining, but it became better known for potato growing and cattle raising. Malmsbury on the other hand was better known for farming and stone quarrying with its bluestone quarry providing stone for more than 20 years. It also became an important loading station on the Mt Alexander Railway line and this would, in part explain the generous railway station and associated infrastructure in this town.

David Bick, with Phyllis Murphy and John Patrick. (Background History by Susan Priestley); Shire of Kyneton Conservation (Heritage) Study; prepared for Heritage Branch, Ministry for Planning and Environment and the Shire of Kyneton, 1990